Joy grew up on her family’s cattle, crop, and farrow-to-finish hog farm in Morgantown, Pennsylvania where she still works on the weekends. She graduated from Penn State with a B.S. in animal sciences and minors in agronomy and agribusiness management. During her time at Penn State, she worked on the cover crop research farm, participated on the 2015 livestock judging team, and worked on the university’s dairy and cow/calf operations. David lives with his wife in Mifflintown, Pennsylvania. He has over 20 years of experience as a dairy nutritionist, and as active dairy farm owner/manager in Mifflintown, PA. David’s key strength is that he has years of firsthand experience growing and feeding King’s products. David has degrees from Hesston College and Delaware Valley College in Dairy Husbandry. He offers excellent technical advice on crop rotation planning and seed selection. 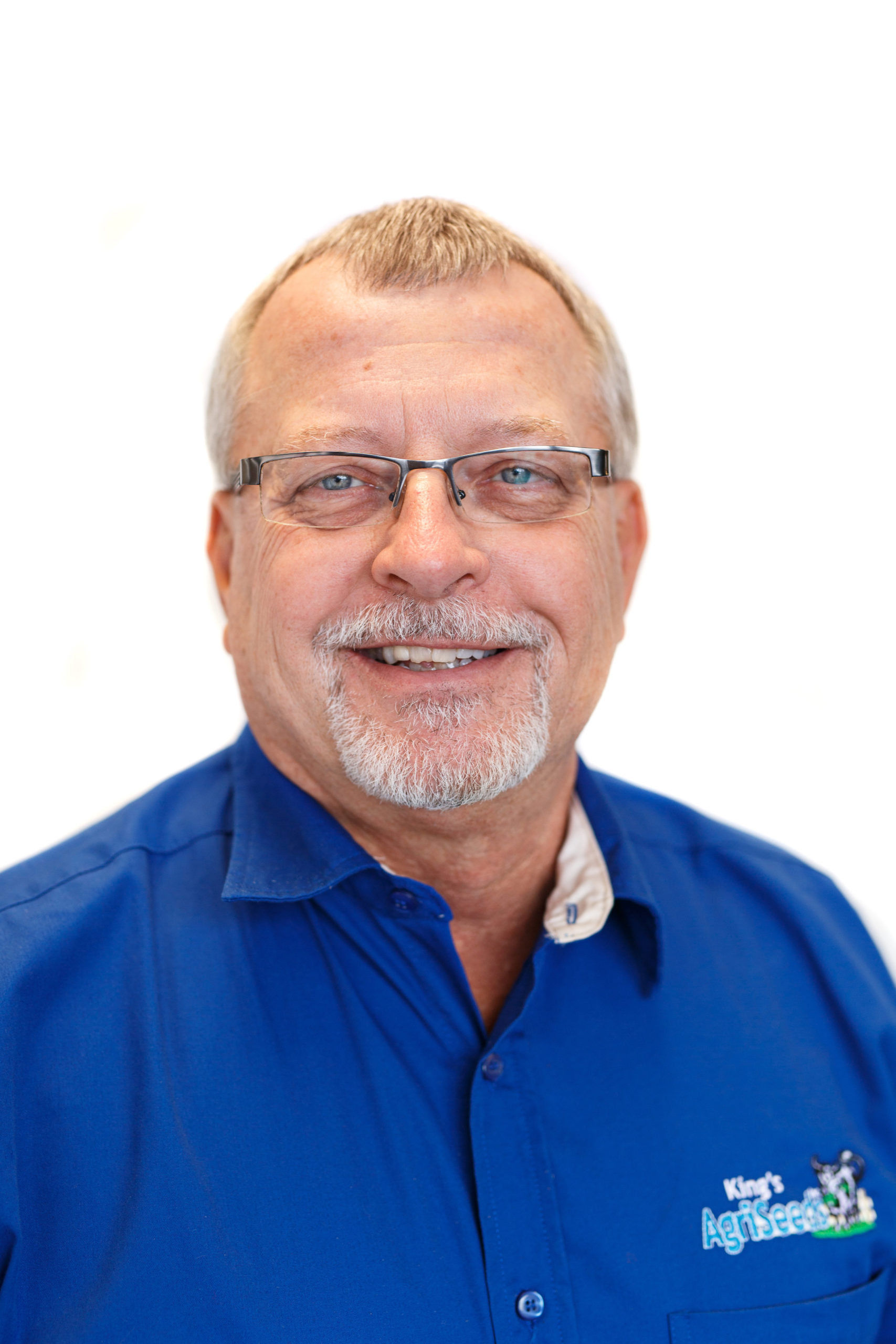 Tracy lives in Zion’s View, York County, Pennsylvania. He grew up on his family’s truck farm in York County, PA. With a B.S. in Agronomy from Penn State University, Tracy began working in the seed industry for Hoffman Seeds (15 years) and Syngenta (5 years). While working as a Product Development Agronomist and Manager of Quality Assurance, Tracy’s main job was to test, develop, and select new products to bring to market from a number of suppliers and monitor the quality of the products being sold. Tracy worked with soybeans, corn, wheat and alfalfa. Tracy has many years of experience in agronomic businesses, as well as planning and conducting test plot research. Tracy provides outstanding technical and product placement support. Sarah has spearheaded King’s AgriSeeds effort to promote industrial hemp and CBD cultivation. While building a network throughout the supply chain, she has conducted agronomic research focused on variety trials and best practices for our region. Sarah enjoys working with farmers and makes practical recommendations based on her boots-on-the-ground experience. With her bachelor’s degree from the University of Wisconsin in Agriculture, she has a diverse background in ornamentals, specialty fertilizers, orchard products, and most recently, hemp. With a farming background and many years of seed industry and agronomy experience, Rod offers seasoned expertise in the importance of properly managing crops and selecting high quality seed genetics which combined makes a world of difference in production. Currently residing with his family in Trumansburg, NY, Rod serves as the Northern Regional Coordinator for Kings AgriSeeds, assisting seed dealers and farmers with seed selection and agronomic technical support.  In addition, Rod manages an organic farming operation and Cayuga Ag Enterprises, Inc. 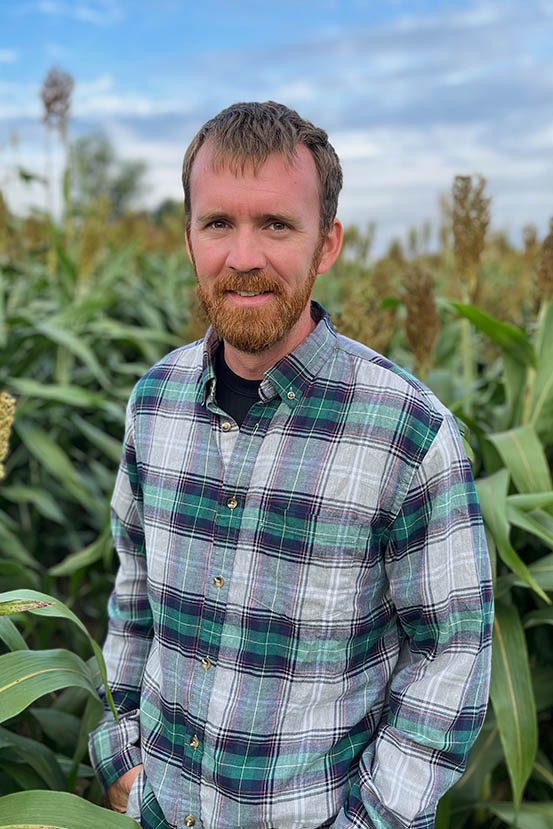 Kody started his path in ag when he was young working for a local produce farmer, helping to pick, wash, and sell various vegetables. Later he spent his years throughout high school and college working on a local dairy farm, milking and feeding the cows and calves. After graduating from Penn State University with a B.S. in ag business management Kody spent a year in the parts department at an equipment dealership. From there he went to a feed mill where I worked for 5 years as their sales agronomist. Currently he is working under Tracy Neff as the research agronomist apprentice. Taylor grew up raising 4-H Market swine and lambs. Over the years, he has helped in the warehouse with mixing and harvesting research plots. After graduating from Penn State University, he was a Store Manager of Dutch-Way, a local grocery store for three years. Tim lives with his wife in Christiana, PA. He grew up on a dairy farm in Lancaster County, PA. After high school, he earned a BS in Agronomy from Penn State, followed by a Masters Degree in Agronomy from Washington State. After college, Tim worked as a Penn State Extension Agent for nine years, specializing in agronomy and dairy.

After farmers began asking difficult questions about management intensive grazing, he developed an interest and began to learn. Grazing soon became a passion and his home farm, where he milked cows on weekends, adopted a high production hybrid grazing system. This program worked very well, allowing him to move full time to the family farm and relocate the dairy from Lancaster, PA to Springfield, TN. At Fritzglen Dairy, Tim was in charge of developing the business plan, the farm infrastructure, and the forage system, including grazing and the accounting system.

Tim returned to Penn State as a Farm Management Extension Agent for two years, until entering the forage seed business. Tim started with Kings in 2002, when Aaron King approached him about developing the technical and marketing side of the business. In 2007, Tim began the process of purchasing Kings as Aaron set the plan in motion for moving his family to Indiana. In 2008, Tim became majority owner of Kings AgriSeeds and has since served as the President, as well as one of Kings’ Technical Agronomists. Janet enjoys working with customers and focusing on the detail required for accurate records in book keeping. Janet lives with her husband just outside Lancaster, PA. 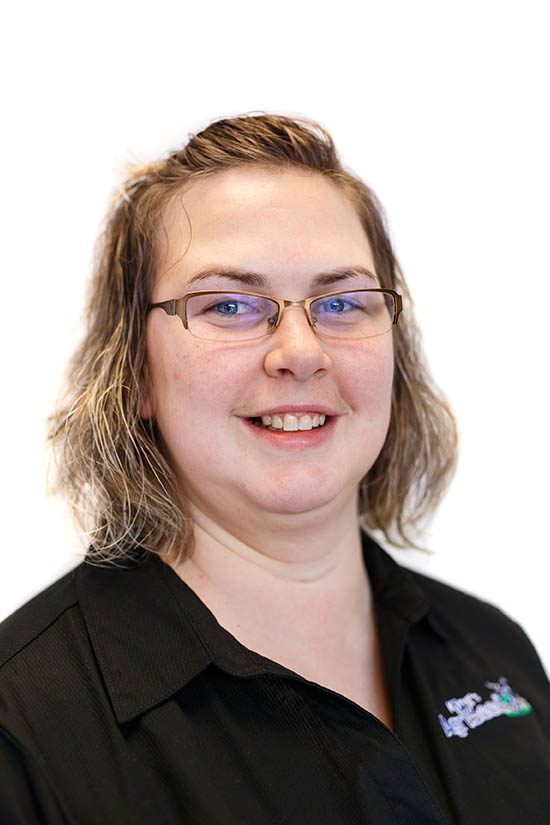 Tracey comes to us with many years of customer service experience. Tracey has been in the insurance industry for the last 20 years. She got her agent’s license in 2011 and was servicing/selling insurance for auto, home, and life. Fun fact: Tracey is also the wife of Mr. Tracy Neff who works for King’s as well. Tracey lives in Zion’s View, York County, PA. 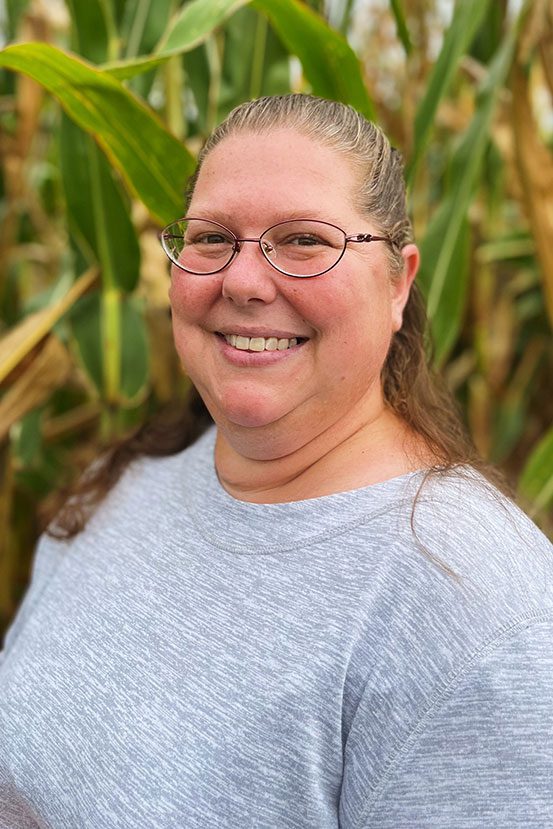 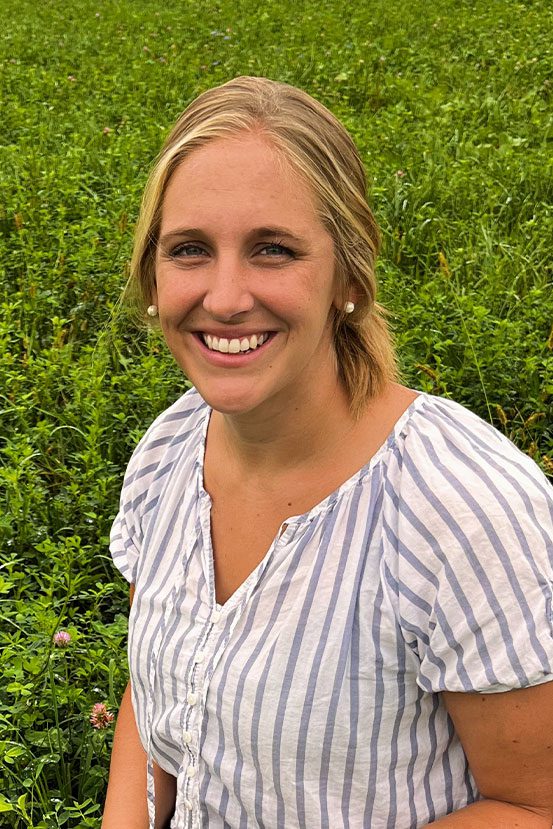 Ashley’s passion for agriculture started when she was young. She grew up working on various local dairy farms and raising 4-H livestock animals. She graduated from Penn State University with a B.S. in Animal Science. After graduation, she worked in the feed and nutrition industry for a time before joining the King’s staff.

Currently, she serves in the office doing customer relations, as well as coordinating the dealer training programs. She is also in charge of managing the KAS research center.